In this Thinkpiece from our member magazine, The Insider, Doireann O’Mahony, Barrister-at-Law, discusses recent developments in the assessment of awards in personal injuries claims.

Some recent Court of Appeal decisions come as a welcome relief for insurers who may have been concerned at a perceived rise in awards of damages in personal injuries cases in recent years. All of the cases discussed here were simple road traffic accident claims involving soft tissue type injuries in which plaintiffs were awarded figures in the High Court which, on appeal, were found to be neither reasonable nor proportionate and were substituted for smaller awards.

The principles enunciated by the Court of Appeal serve as useful guidelines for practitioners looking to place a value on personal injuries claims in the future.

Payne v. Nugent [2015] IECA 268 was an appeal against a High Court assessment of general damages in the sum of €45,000 and €20,000 for pain and suffering into the future where the plaintiff had shoulder, neck and back pain, which had almost fully recovered at the time of trial. Irvine J., giving judgment for the Court, noted:

“It is regrettable that people get injured due to the negligence of others given that an award of damages for pain and suffering cannot restore the victim to the physical or mental status they enjoyed prior to the infliction of their injuries. In this context it is important that compensation, when awarded by the court, in respect of pain and suffering should be reasonable and proportionate in all of the circumstances”.

The Court of Appeal set out the approach to be taken in assessing damages and referred to the perceived cap of €400,000 on general damages for the most serious of injuries. Irvine J considered that a sum that placed the plaintiff’s injuries in terms of value “approximately one sixth of the way along an imaginary scale of damages for personal injuries which ends at €400,000 for the catastrophically injured plaintiff” was neither reasonable nor proportionate.

If modest injuries are to attract damages of €65,000 the effect of such an approach must, she said, be to drive up the awards payable to those who suffer more significant or middle ranking personal injuries, such that “a concertina type effect” is created at the upper end of the compensation scale. For example the award of general damages to the person who loses a limb becomes only modestly different to the award made to the quadriplegic or the individual who suffers significant brain damage, which cannot be either just or fair.

The Court held that “Modest injuries should attract moderate damages” and reduced the plaintiff’s award to €30,000 general damages together with €5,000 for pain and suffering into the future. 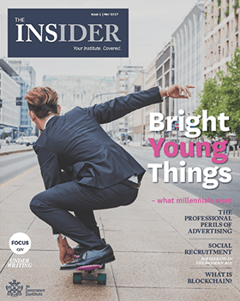